El Centro is at Risk of Disappearing Unless We Act 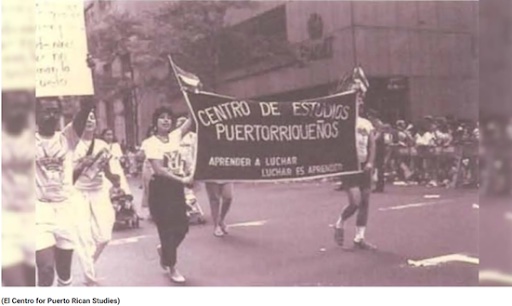 El Centro, a Beacon of Cultural Significance and Dedicated Service to The Puerto Rican Diaspora Deserves Our Support As It Faces An Existential Crisis

The culmination of resource misallocation, financial repression, and erosion of support from Hunter/CUNY administration in recent years has extremely compromised the stability of this beloved cultural institution. Centro’s identity as a distinctly Puerto Rican research and cultural institution must be protected and preserved!

Founded in 1973, Centro is a vital and fundamental ethnic studies and historical archive component of Hunter College, City University of New York. It has pioneered a half-century of intellectual production and serves as the nation’s only repository of cultural identity for the Puerto Rican people, curating and preserving our heritage, legacy, and ever evolving complexity of what it means to be Puerto Rican in the U.S.

Join the New York Chapter of NPRA in raising community awareness and civic engagement - together we can protect, preserve, and fortify Centro for generations to come. We urge CUNY administrators, Federal, State, and City elected officials, and community stakeholders to rise to the challenge. NPRA has launched a national campaign to achieve the following objectives:

Goal #1: The search for the permanent Director of Centro requires CUNY administrators to establish a transparent Executive Search Committee immediately. This Committee should be composed of a broad representation of Diaspora community members and stakeholders and should be concluded expeditiously.

Goal #2: Stop budget cuts and increase the level of appropriated funds. Demand implementation of a sustainable fiscal policy and prudent use of appropriated funds that structurally allow Centro to fulfill its mission and operate as a first-class research and heritage conservation center.

Goal #3: Investigation of the critical situation that Centro is currently facing and intervene on its behalf to strengthen its capacity to continue its long trajectory of service.

HOW YOU CAN HELP PROTECT THIS INVALUABLE PUERTO RICAN INSTITUTION:

New York Chapter of the National Puerto Rican Agenda, a nonpartisan alliance to create solutions for the Puerto Rican people in the United States & Puerto Rico

YOUR SUPPORT IS POWERFUL